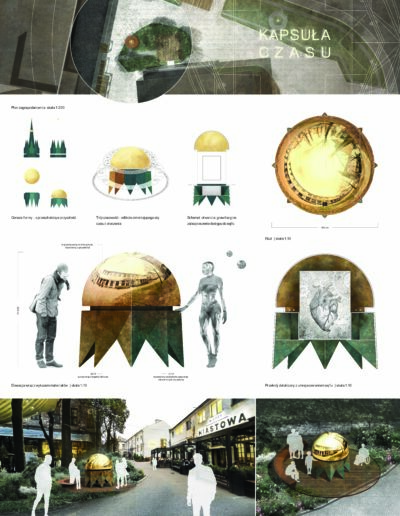 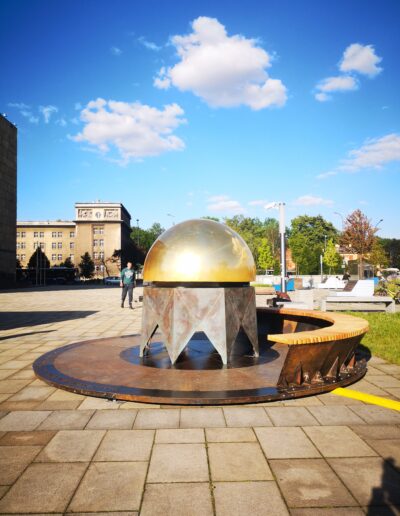 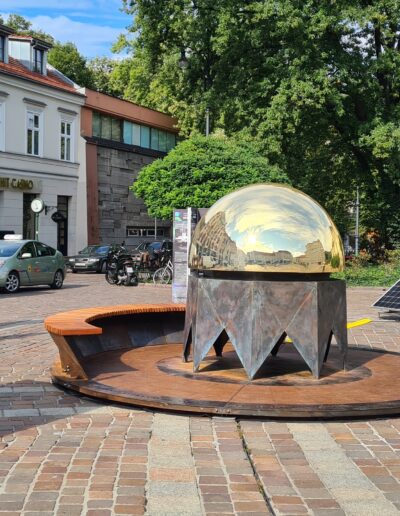 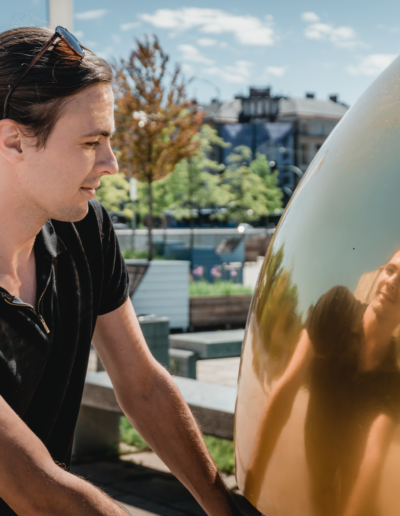 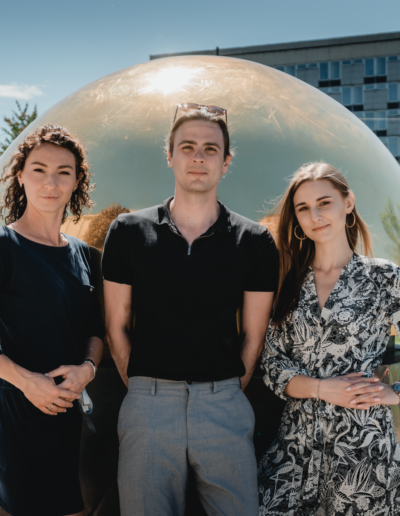 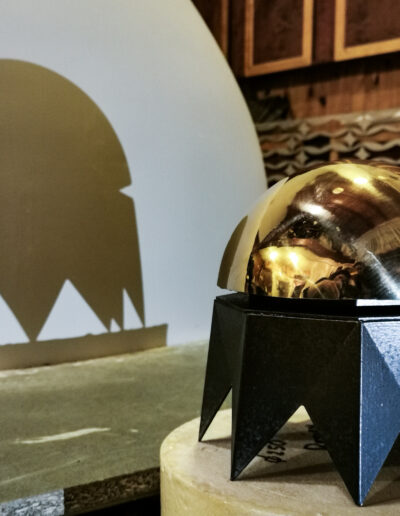 The venture known as the “Time Capsule” was announced in 2018. It consisted of two
independent projects:

The final of the two-stage architectural competition, involving more than 120 participants, took place during a gala ceremony at the Białoprądnicki Manor House in Krakow on 28 February 2019. The jury composed of eminent specialists in the field of architecture, art and professional media selected five projects that advanced to the next stage of the competition. The winner and three honorable mention winners were selected from among them.
The winner and the recipient of both the first place and the Audience Award was a young designer from Wrocław, Mr Aleksander Rokosz. The jury awarded two distinctions: for the project by Mirosław Gołofit and for the project by Jevhen Horyachkin. The Founder’s Special Mention was awarded to the project by Joanna Gęsiorska-Duszynska.

The unveiling of the nearly 2-metre high sculpture, inspired by the bugle-call of St Mary’s Church, took place on 5 June 2020 on the square in front of the main building of the National Museum in Krakow. As a mobile object, the installation completed with photovoltaic panels and an exhibition system. It was presented on the premises of the complex at Dolnych Młynów 11 Street in Krakow. Then it was placed on Szczepański Square in Krakow, where the ceremony of closing the “Heart of the Time Capsule” took place. With the beginning of the academic year, the “Time Capsule” was transported to its base location, which is the Campus of the 600th Anniversary of the Jagiellonian University.

In the long term, being a mobile object, the “Time Capsule” will be presented in many places in Poland and Europe, at exhibitions and artistic, scientific and cultural fairs. In 2021, the sculpture will begin its journey around the country’s largest cities, visiting Warsaw, Giżycko and Łódź, according to the schedule below:

The “Time Capsule” aims to transport in time the contemporary thought – our vision of reality, which the next generations will have to face. It serves as an archive for storing literary and artistic works on futurological themes, selected in the parallel social campaign “Heart of the Time Capsule”.

ABOUT THE “HEART OF THE TIME CAPSULE” PROJECT

The National Social Campaign “Heart of the Time Capsule” ran parallel to the architectural competition and the sculpture construction process.

The Heart of Time Capsule is a nationwide social campaign. The task of its participants was and still is to create artistic and literary works and recordings, which closed inside the Time Capsule will form its heart.
The Heart of the Time Capsule consists of thousands of artistic and literary works, whose authors presented their visions of the world of the future, depicting the theme “Our world in a hundred years. What will it be like? “. By preserving these works in time – inside the Time Capsule – they will become our heritage, jointly gifted to future generations.
The first four editions of the action, taking place between October 2019 and September 2020, gathered nearly 4,000 participants, 1,500 involved schools and more than 1,000 ambassadors of the action – primarily teachers who actively supported their pupils in the preparation of the works. All collected works in the form of original paper documents and multimedia files were placed inside the sculpture during the ceremony of closing the “Heart of the Time Capsule”, which took place on 5 September at Szczepański Square in Krakow.
The initial undertaking, which was supposed to be local – only in Krakow – in just two months grew into a nationwide campaign, which continues until today. After the ceremony of closing the “Time Capsule” sculpture, the action did not end. It only changed its form. Nowadays you can send works (artistic and literary) to the Foundation via traditional mail, electronic mail, form on the website www.kapsulaczasu.org and free mobile application Kapsuła Czasu.
All works sent to us will be placed in the Capsule in the form of multimedia files uploaded to the so-called cloud dedicated to the Heart of the Time Capsule.

Join thousands of participants and send to the Time Capsule your vision of the future world! 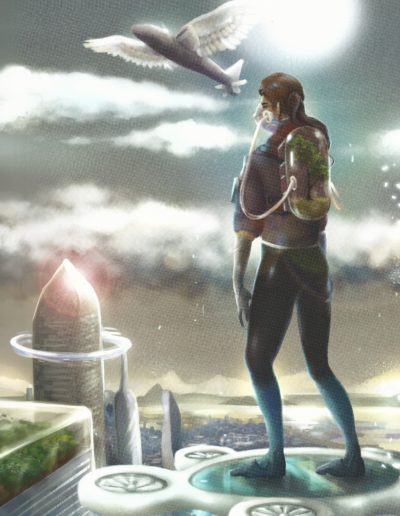 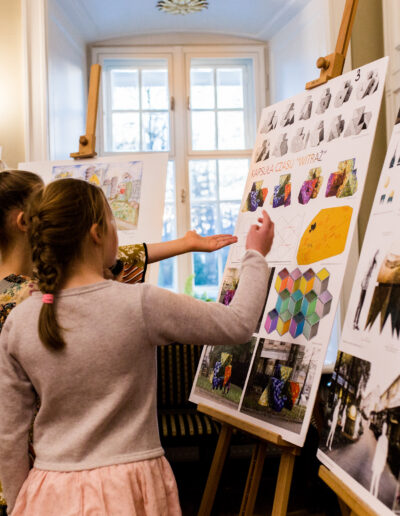 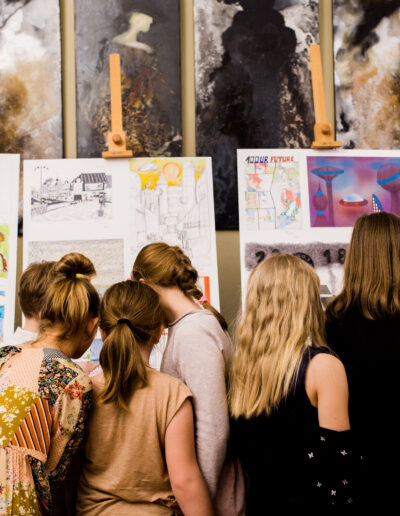 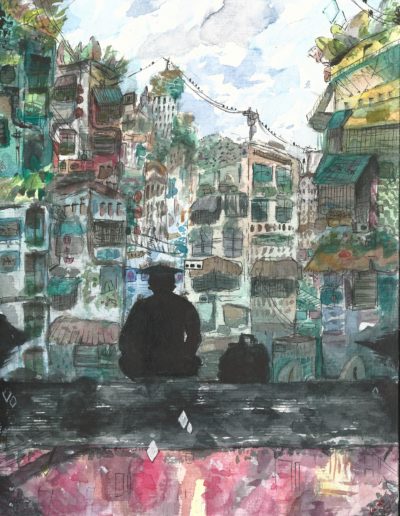 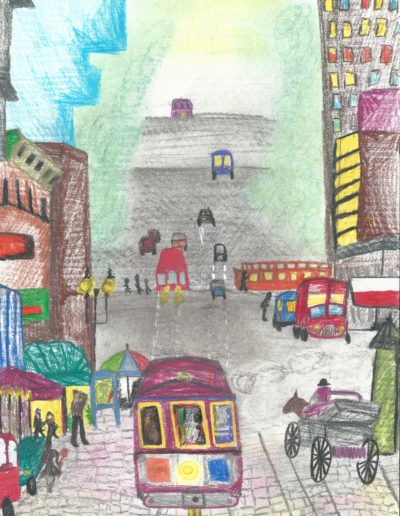 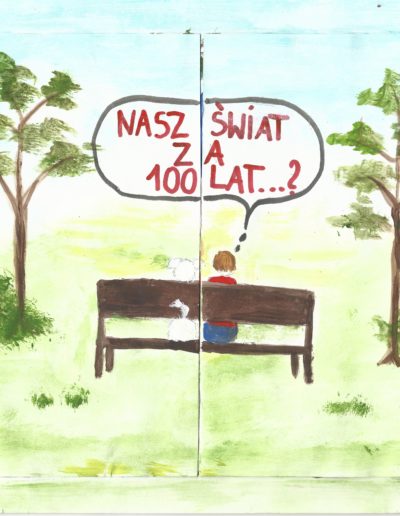 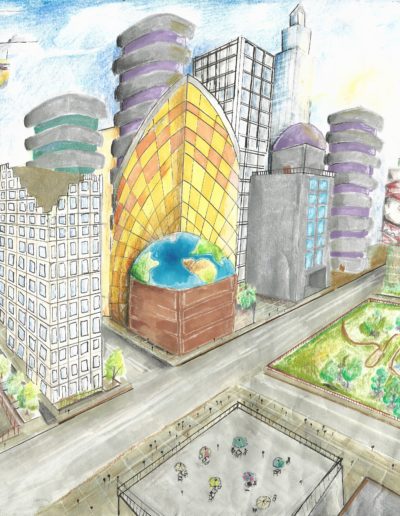 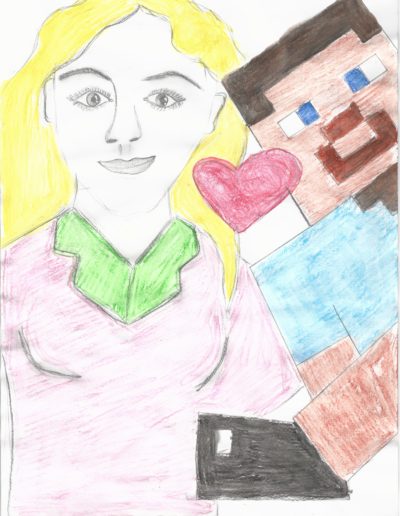 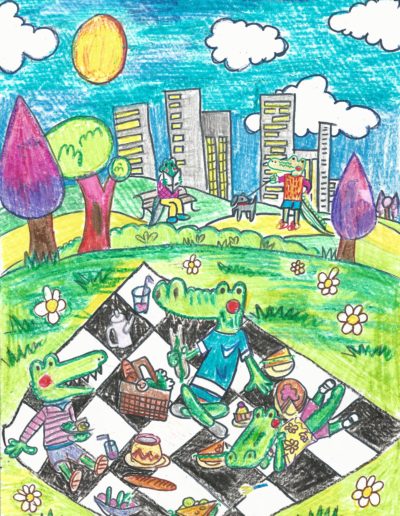 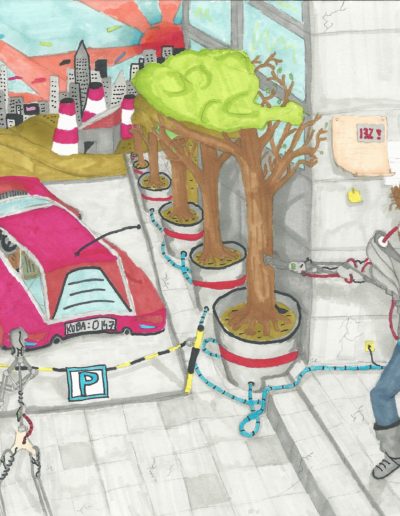 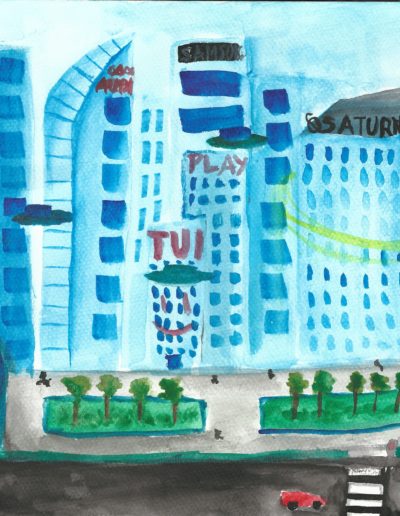 Whole gallery
Send your work to the Capsule. The campaign is on!